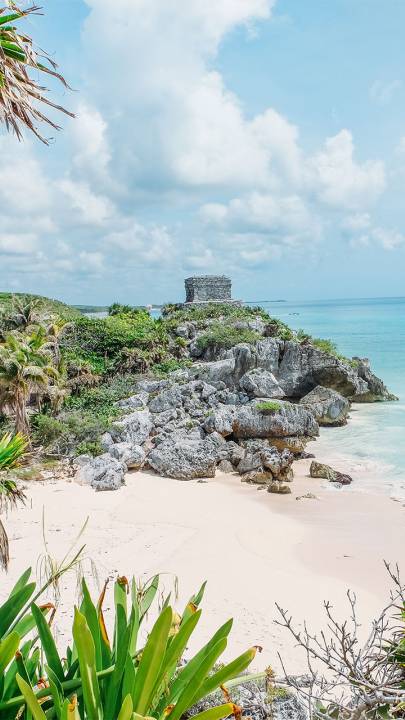 When visiting Tulum it’s important to be conscious of the “eco-friendly” aspect. Tulum is a very small and fragile city which has grown tremendously in the last ten years. A few tips such as bringing a water canister to fill up daily instead of going through tons of plastic bottles, keeping the AC and electric OFF while you’re not in your villa or room, and keeping all paper products (including tp) in the garbage and not down the drain. I believe it’s very important for all visitors to be sure they understand and are prepared for an “eco-friendly” destination. Therefore, please always be aware and respectful of this little slice of heaven, so that millions of more travelers can continue to visit this breathtaking tiny piece of the world that we call Tulum.

Six miles of soft white sandy beaches, an abundance of yoga, healing and wellness rituals, and muy romántico. Tulum beach is lined with eco friendly boutique hotels, one after the other in a row that follows along the shoreline. Glam rustic beach bungalows are the norm for lodging, and are located on the sand where you hear the waves crashing as you lay in your canopy bed under a palapa roof. A truly magical experience. I highly recommend taking a walk to explore the beach, and you'll see that a majority of the hotels encourage you to enjoy their beach front restaurants and beach clubs as well, which gives you a diverse experience day and night. Some have DJs daily, and some are more laid back. Overall, they all offer the same thing ... eco chic beach vibes that will have you yearning for more. 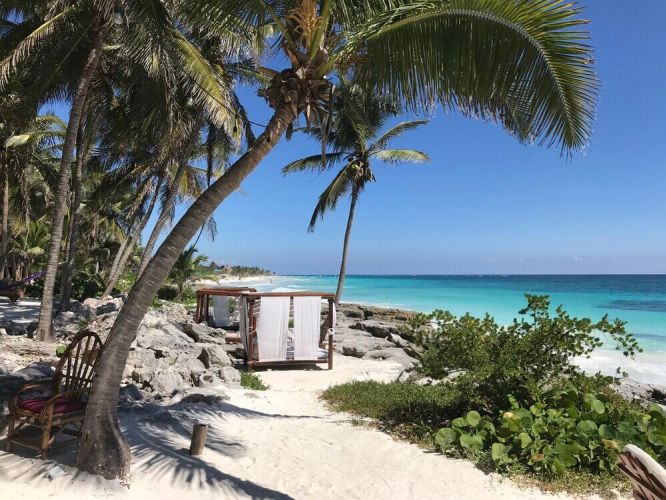 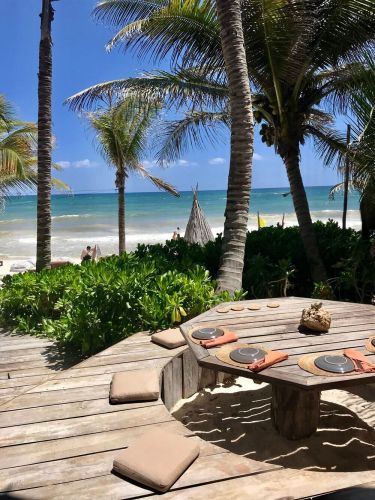 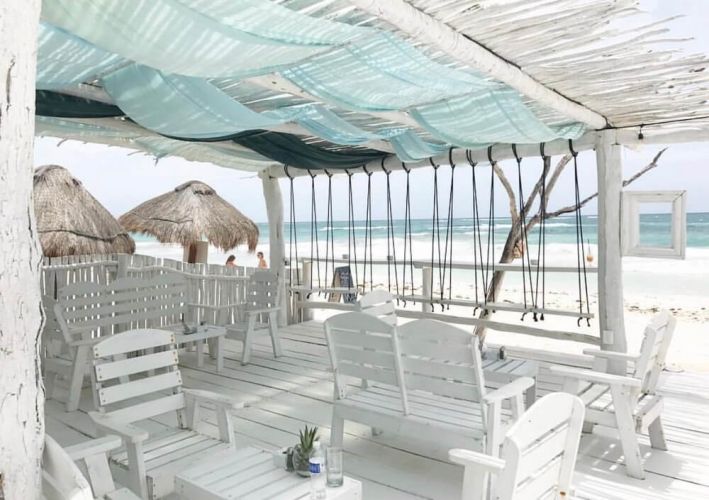 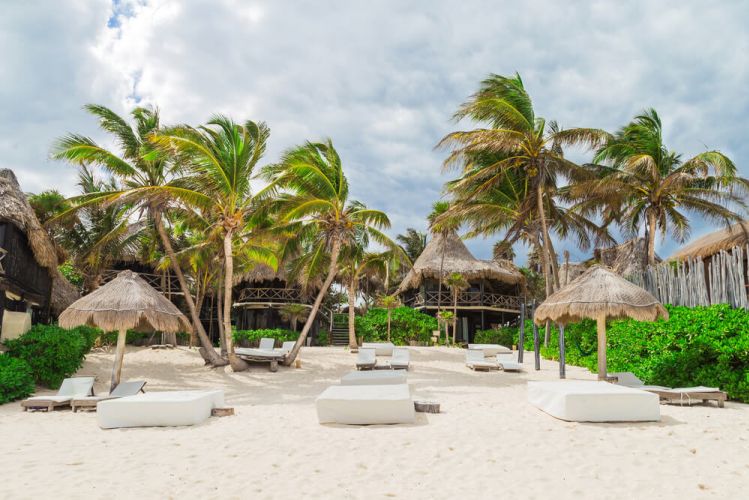 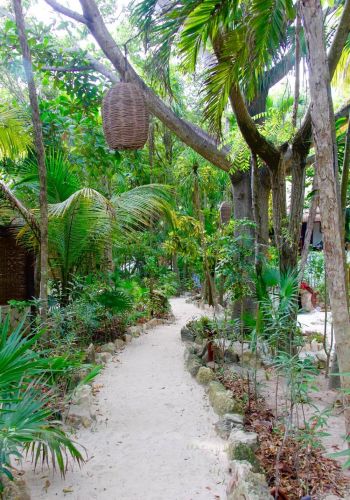 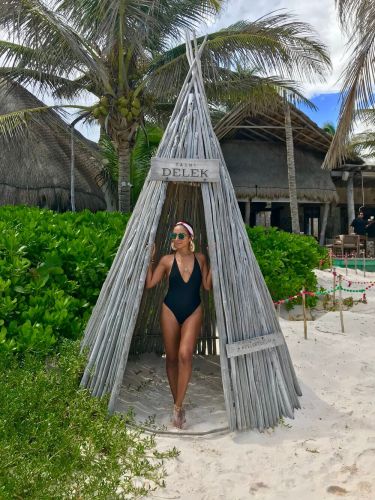 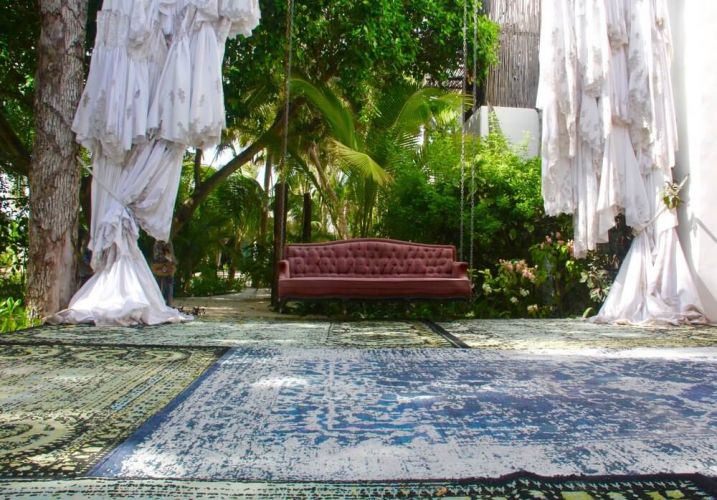 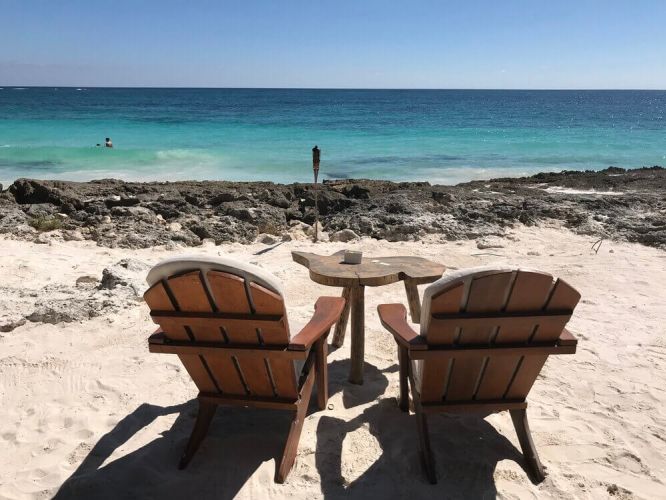 Tulum Jungle Villa with a Side of Morocco

Make Sian Kaan Your Playground at This Property!

The town of Tulum is about 3 miles from Tulum beach, and there are plenty of taxis to take you there and back. Many hotels and condo rentals in town offer bicycles, which you see many visitors taking advantage of as it's a straight shot (1 long road) to the beach from town. Useful places like banks, pharmacies, and convenience stores can be found in town, as well as many places to shop for native Mexican mementos. The nightlife is lit up, as there are numerous bars, restaurants, and live music at your disposal. 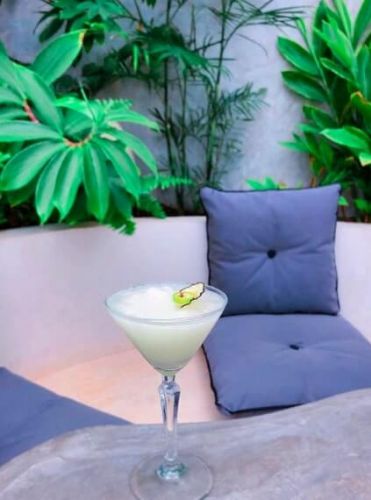 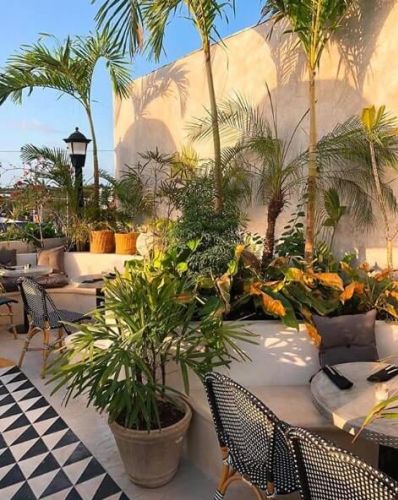 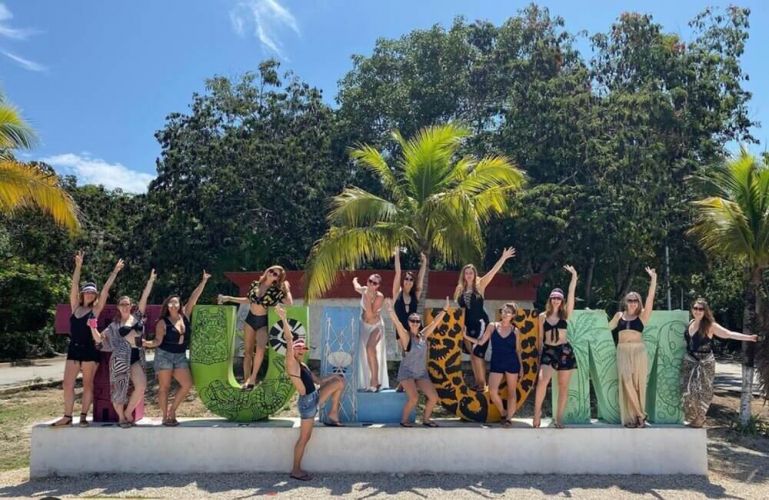 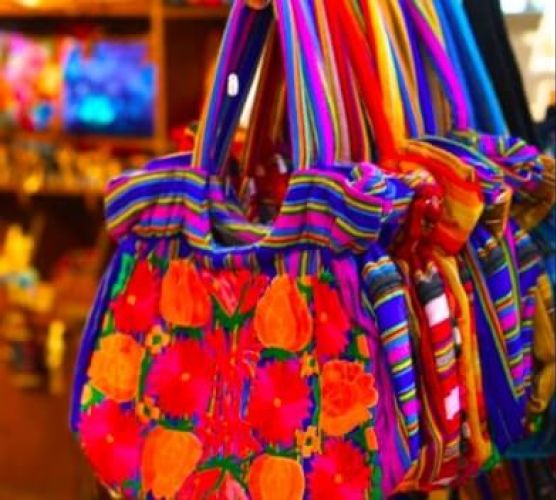 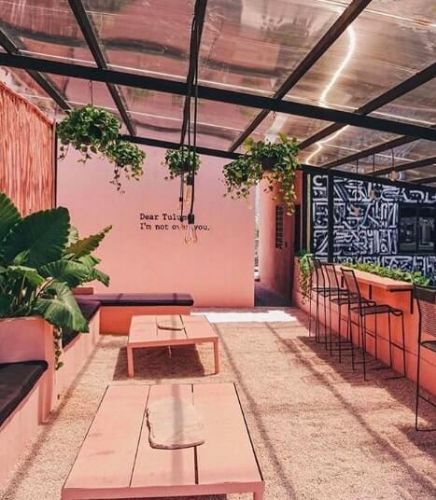 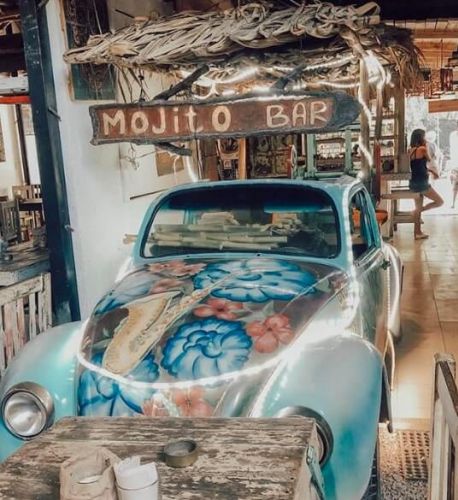 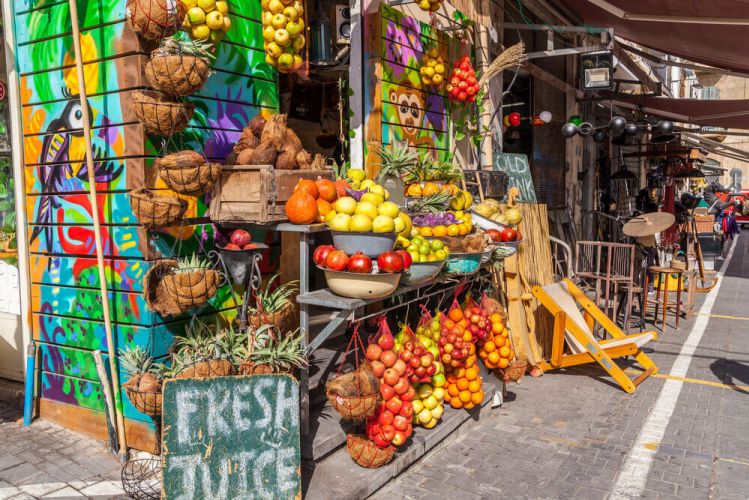 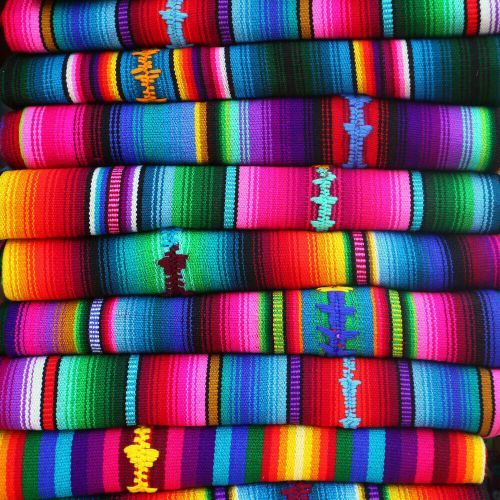 Tulum in Mayan means “wall”. One of the biggest attractions at the Tulum ruins is the 16 feet thick, 26 feet long ancient wall that provided protection for the Mayan people between the 11th and 16th centuries CE. Tulum was a major landmark of trade from both land and sea that is thought to be inhabited as early as 564 A.D. These remarkable ruins are located on the top of a cliff with clear views of the alluring turquoise Caribbean waters, and truly a sight to see. The stone circle, shown below, is an ancient game the Mayans played quite seriously, as the losing team usually faced death or sacrifice. It is similar to fútbol, but the ball was never allowed to touch the ground, and hands were not allowed to be used. Instead they used their hips, elbows, knees, and head to make a life winning basket. There is much more to Tulum's intriguing history, and a ten minute taxi from town or Tulum beach (you can bike this as well) will provide detailed stories and fascinating facts of those who lived there so very long ago. 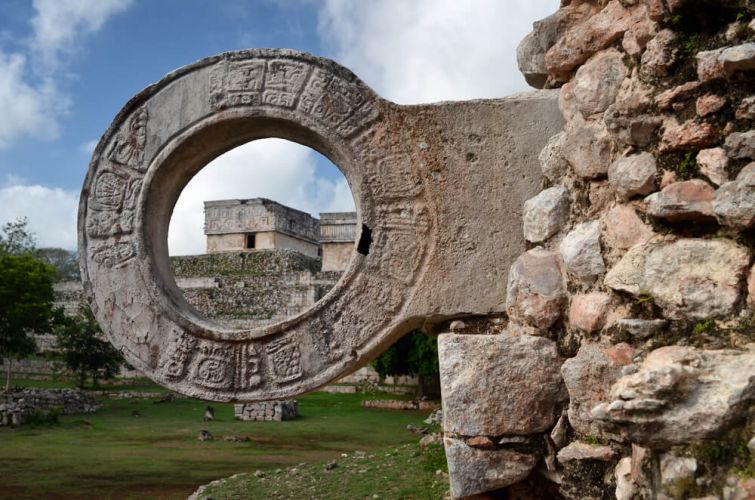 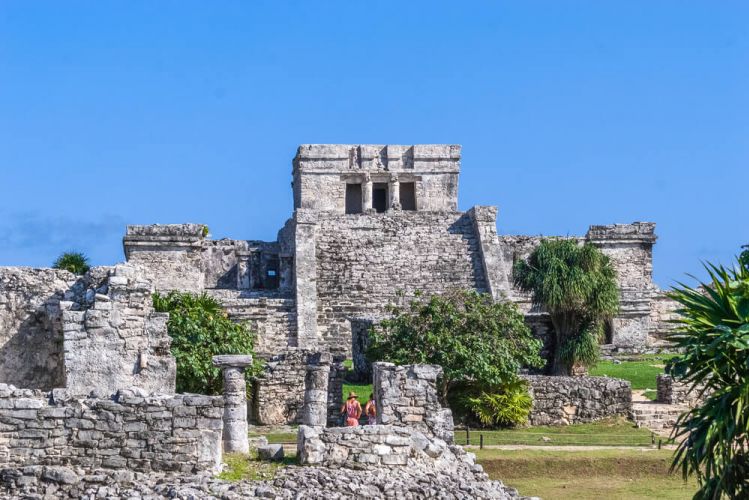 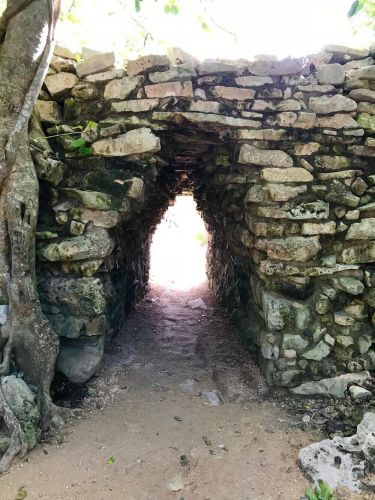 Enhance your getaway with The Beach Planner

Tulum is not only known for it’s stunning beaches and cool vibes, but the cuisine as well. Locally caught fish and seafood, fresh served ceviche, and tons of tasty tacos just to name a few. Let’s not forget the tequila and mezcal infused cocktails with hints of passionfruit, mint, and rosemary, even tastier if drank on a bar swing. All of this combined with flavors of Mexico will certainly hit the spot. There are tons of well known restaurants that will complete your vacation, both on Tulum beach and in town. Working with only solar power in this eco friendly community, the kitchens rely on grills which create clean, native, mouth watering dishes. Once your trip is booked a detailed list of restaurants will be sent to you, and a reservation will be made on your behalf. Buen provecho! 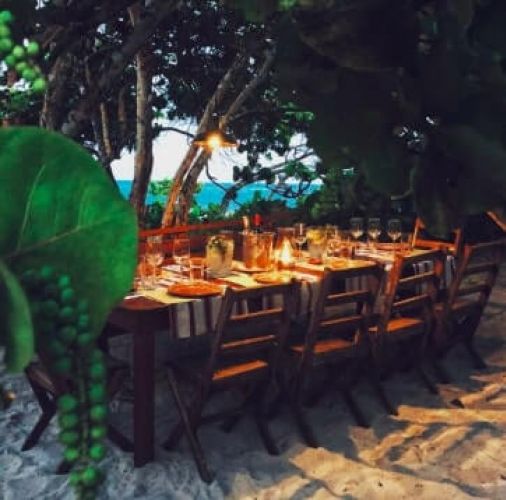 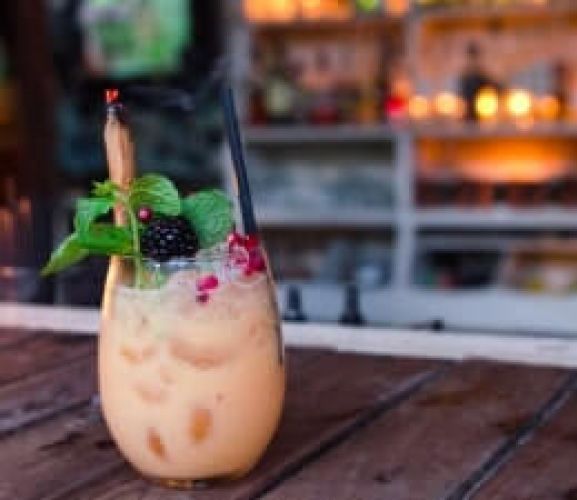 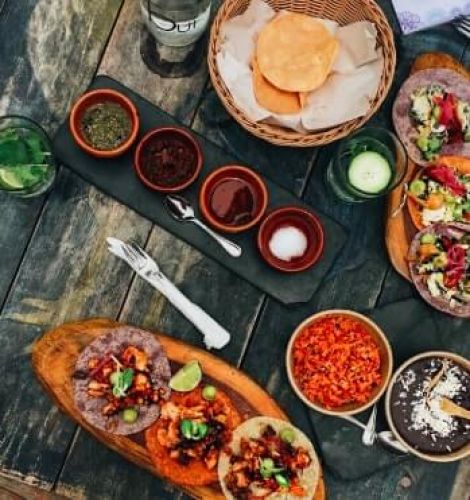 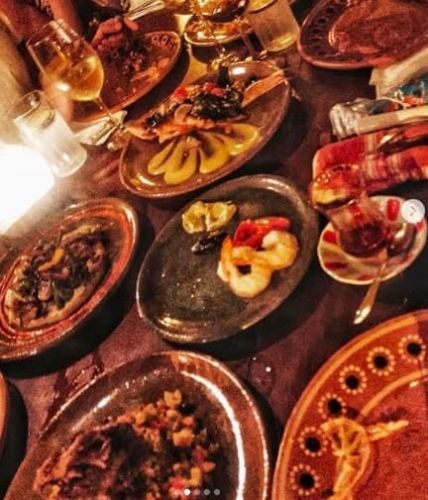 Let's Plan Your Dream Vacation Together!